A Brief History Of the Influencer

Long before the term “influencer” was coined, and every marketer was fluent in the particulars of “influencer marketing”, certain influential figures have been silently guiding nearly every consumer’s decisions for as long as society has existed. We thought it would be fun to take a look back at the history of influencer marketing, and some of the very first “influencers”, well before Instagram – or even social media – came onto the seen.

But first, what is an influencer?

When it comes to marketing, an influencer is someone who is able to sway the decisions of potential purchasers. It could be a celebrity, athlete, prominent society figure, a friend whose advice you trust, or in some cases (like the Marlboro Man), a fictional character. Simply put, an influencer has the power to impact your purchase decisions. With the advent of social media, the definition of an influencer has slightly evolved, since we now have a platform with which to share and quantify “influence”.  Today, anyone who has any sort of clout (i.e. followers) on social media can self-proclaim himself an “influencer”. But before we had follower counts and engagement rates, we had other ways of effecting “influence”. Let’s take a look….

Going all the way back to Medieval Times (no, not the weirdly fun dinner theater), the ruling class heavily influenced (or rather, dictated) the behavior of their subjects. According to Feudal Law, Medieval royalty had the divine right to rule, and the only person above them was God (or his earthly representative, the Pope).  Advertising legend has it that the King (or Queen) and the Pope wielded their power to promote the earliest uses of medicine, before it became commonplace. We can safely say, they are probably the earliest recorded influencers.

The Industrial Revolution, which began in Britain in the 1700s, and eventually spread to the rest of the world, marked the end of agrarian society and the beginning of technology-based economy (think: steel, electricity, factories, “division of labor” and ultimately mass production of goods).  This is a pivotal moment in the world of influencer marketing, since more goods meant more products in need of marketing, and electricity allowed for entirely new ways to share them.

In 1905, Murad Cigarettes had a novel idea to feature film star and comedian Roscoe “Fatty” Arbuckle in their print ads, making him one of the first celebrities to publicly endorse a product. The campaign was so successful, numerous celebrity and athlete endorsements followed suit.

The invention of the radio broadened communication channels, and proved a powerful new way to influence people.  Historically, Christians sent missionaries to convert followers, and some recognized the radio as an opportunity to enhance traditional missionary efforts.  Throughout the 1920s and well into the 1930s, televangelists emerged, preaching religion (and hawking products) at audiences throughout the country, captivated from the comfort of their living rooms. And it still continues today, nearly 100 years later – proof of its success.

While it’s up to debate whether or not Coca-Cola created the jolly image of Santa we now know today, they did famously use that rendering in one of their most successful ad campaigns in the early 1930s. In an effort to drive beverage sales at the height of the Great Depression, Coca-Cola turned to Santa Claus himself to convey cheer during an otherwise bleak time, refocusing their target audience on the entire family, not just adults.

War in the 1940s brought shortages of both fabric and men, forcing women to be more innovative with design, and to enter the workforce in a new way. Suddenly, clothing had to be utilitarian and comfortable – many women even wore their husbands’ pants, literally, while he was away fighting. Not only that, Paris-based designers fled the city when Germany invaded, leaving a void in the fashion industry. During this particularly tenuous time in world history, the silver screen offered a welcome escape. Starlets such as Rita Hayworth, Greta Garbo and Bette Davis embraced ground-breaking new silhouettes, offering women refreshing new style guidance, and thanks to Hollywood, a robust and efficient distribution channel.

Smoking may have gone out of style, but no one can deny the eternal coolness of the Marlboro Man. Interestingly enough, the idea of the Marlboro Man was invented by advertising execs in direct response to the quandary they faced when news of the harmful effects of smoking began circulating around 1954. Wildly successful, the tough and intrinsically manly fictional Marlboro Man is credited with driving cigarette sales from $5 million to $20 million.  A powerful case-study in the success of using human personas to drive sales.

Did you know in the mid-1960’s, half of the American population was under the age of 25? As the baby boomers came of age, they used their strength in numbers to challenge society, policy and culture, protesting against war, capitalism, consumerism and social inequality. It was also the golden age of advertising, and advertisers thought quick on their feet to come up with slogans that spoke to and attracted a younger crowd, often combining art and commerce to avoid an authoritarian approach. Nevertheless, what spoke to baby boomers most was culture, in the form music. This is the age when bands went international, with The Beatles, The Rolling Stones and Led Zeppelin, producing music that set the emotional tone for the time.

If Mikey likes it, I’ll like it. At least, that’s what Quaker Oats banked on when they featured a relatable fictional boy named Mikey in their famous commercial for Life cereal. The ad was so successful, it won a Clio in 1974 and was named #10 commercial of all time by TV Guide in 1999, the same time a survey confirmed that nearly 70% of adults could easily identify it.

Nike’s Air Jordan sneakers hit cult status ever since Michael Jordan famously debuted them in 1984. Just one year later, Nike made the sneakers available to the public and signed Jordan to promote their brand, even though he had only just begun his contract with the Chicago Bulls and had yet to prove himself in the athletic arena. The NBA banned the sneakers due to their strict uniform policy, so it caused quite the sensation when Jordan wore them on the court (subsequently, paying a $5000 per game fine). Nike was more than happy to cover the fine.

Cindy Crawford is one of the most recognizable faces in the world, and one of the most iconic of the original “supermodels”. Pepsi famously took advantage of her status in a legendary commercial that ran during the 1992 Super Bowl, which they used to debut their newly rebranded cans. One of the most memorable commercials of all-time, she reprised her role in 2018 with a second Super Bowl commercial, this time also featuring her teenage son.

We might not admit it, but most of us have a reality TV show we enjoy watching – whether it’s The Real World (arguably the pioneer of reality TV), Project Runway, Jersey Shore, Keeping Up With the Kardashians or The Bachelor, we’re guilty. So it comes as no surprise that some of the most successful endorsements came from the stars of these shows -- the pretense of “reality” supposed that they’re more authentic than their celebrity counterparts. Combine that with their overnight surge in followers (oftentimes in the millions) after an appearance, and you have the dream influencer. The blurred line between real life and screen life certainly paved the way for what was to come with social media.

While there’s much debate over who was the first ever Instagram influencer, we can all agree that we are heavily influenced by what we see on social media -- and the numbers confirm it: today, 60% of users credit Instagram with product discovery. In 2010, as Facebook solidified its place in the mainstream (thanks in part to the film, The Social Network) Amazon ingeniously recognized an opportunity to connect to the platform, allowing people to see what their family and friends were purchasing, making way an entirely new use-case for social media.

Influencers have become more plentiful with the increase in availability of text and image-based broadcast technology, since we all carry a potential TV or radio station in our pocket (thanks, Apple).  With information (and purchase-potential) so readily available, we’re influenced by nearly everyone we see on social media. Enter the nano-influencer. The term, coined by the New York Times in 2018, perfectly captures the sentiment that almost anyone can have influencer status potential. Digitally-savvy shoppers have been trained to easily identify an inauthentic ad or #sponsoredpost, driving the value of word-of-mouth advertising as a result.

Here at Gatsby, we can help you identify all your influential customers, from the nanoinfluencers to the superstars and everything in between. Connect with them automatically, launch more authentic campaigns, reach new audiences. It’s so simple, you can get started right now.

More of a visual learner?

We got you. Here's an infographic on the history of influencer marketing. 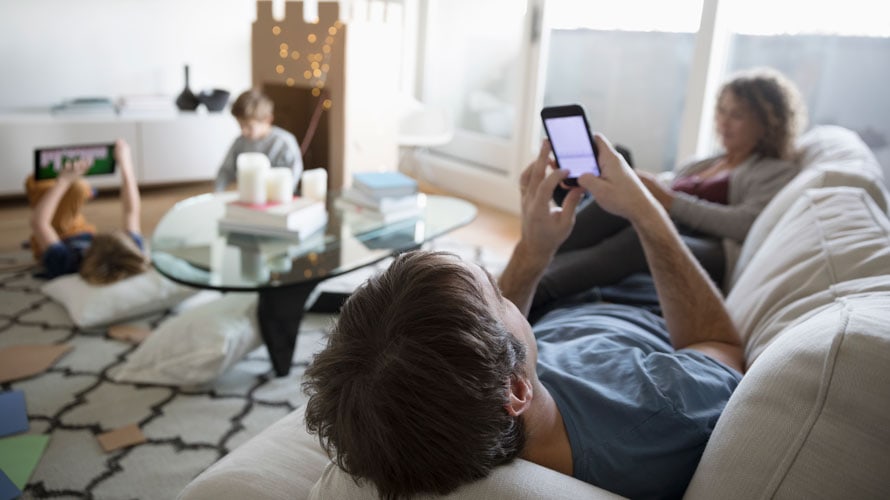 Gatsby: From Digital to Experiential, an inside look at how Body & Pole uses Gatsby data 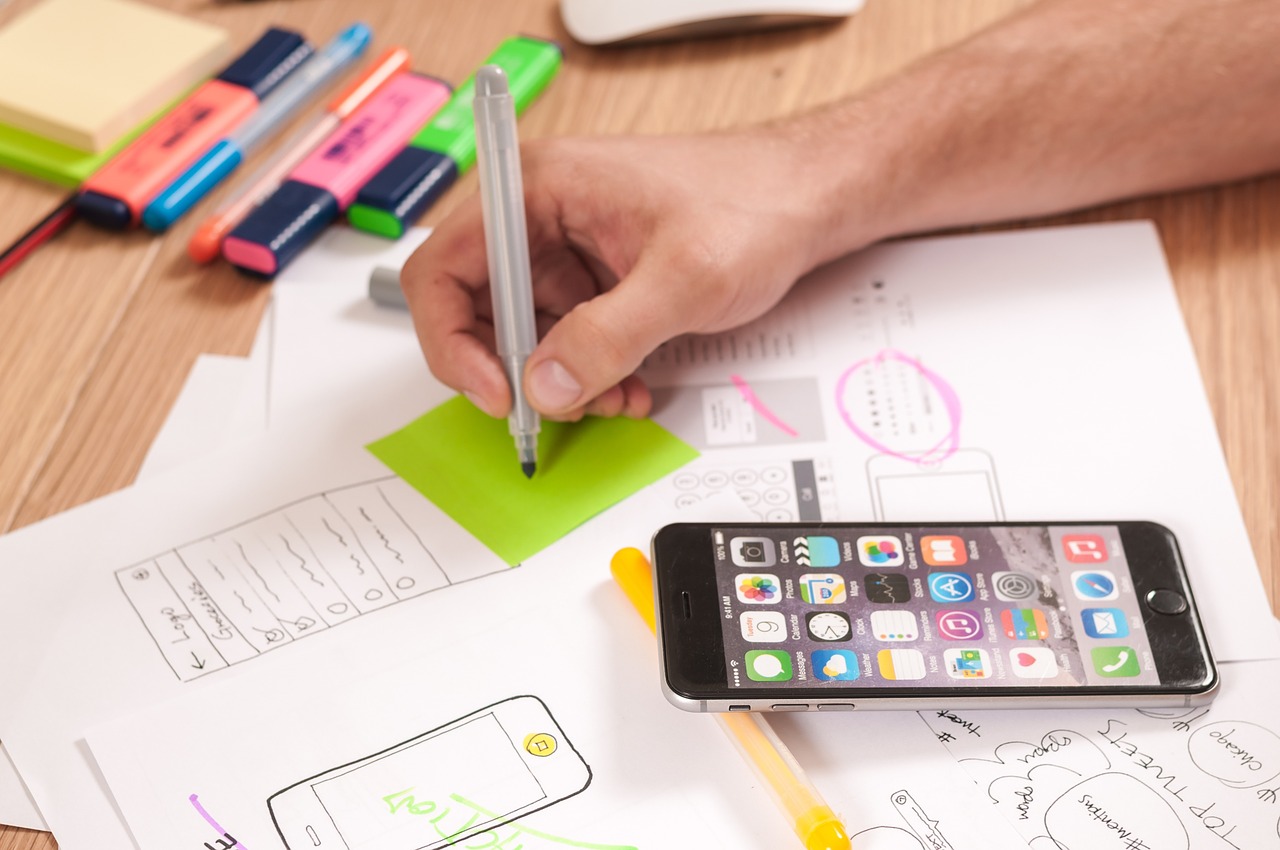